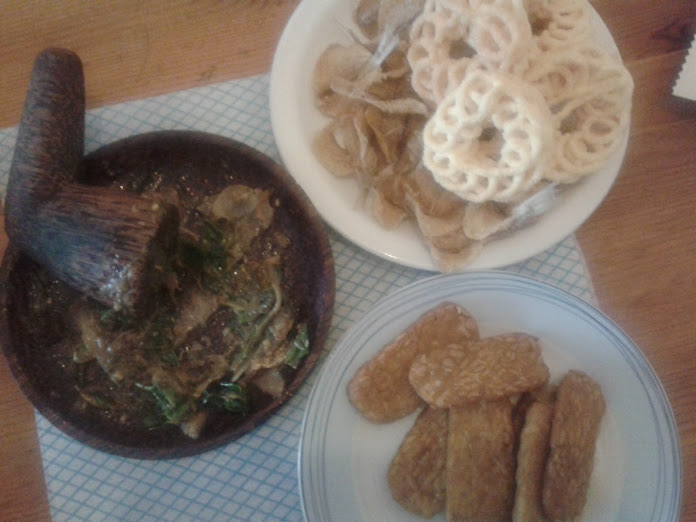 It was Saturday (24/07/2013). It was another fasting day in Ramadlan 2013 and it was the second weekend in this fasting month. Finally, I was back to  to my own campus, my lovely campus, the University of Nottingham,  after two subsequent week spending campus life at the University of Lougborough and University of Cambridge for summer school.

I woke up quite late in order to take a bed rest after tiring 5-days summer school at University of Cambridge. I went to Cambridge at 06.09 in the morning and went back to Nottingham at 07.00 PM. It was two and half  trip by train from Nottingham to Cambridge. Actually, I could stay at Cambridge, but I should pay at least £50 per night, where, i just spent £12 for the train return ticket and luckily, the summer school organizer would refund the transport cost until £60.

After making Duhur prayer Jamaah in the Portland Building, in the University Park. I went to Computer Room, in George Green Library. I was lucky, the university provided 24/7 open computer room in the University. I met Mas Walid working on his master dissertation. I spent the time in the library until 08.30 PM. Afterward, I together with Mas Walid went to Mbak Shanti/Pak Irwan house for breaking the fast together.

This Saturday, they invited us, the Indonesian students including their family studying in the University of Nottingham as well as Indonesian expat working nearby Nottingham  to break fasting together. Not only Muslim, all other non-muslim Indonesians were invited. Some Malaysian students went to join us as well. So, approximately 40 people came to the house.

I felt so lucky and blessed having many Indonesian friends in this University. The reason I should not feel lonely here. For me, they are my new family member in this University to whom I could share together. With whom I felt stronger and better. I knew in some other cities and countries, we could feel very lonely and minority because there were few only Indonesian there.

Indeed, being together with Indonesian fellows is one of the happiest moments living in abroad. Thanks God for giving them.

Since the house is quite small, the gentleman get together in the backyard of the house while the ladies staying in the house. While waiting the Adzan Maghrib calling, Pak Hadi Santoso, the only lecturer from Indonesia, in Mathematical Sciences, University of Nottingham gave us a small talk about the lesson learnt from fasting ramadlan based on some verses from Alquran.  Here is the cut video:

We broke the fasting, prayed Maghrib, and ate together in the backyard. Thanks God, we had a bunch of dazzling West Sumatera Foods. We had rendang, dendeng, Grilled chicken, cracker and many other Padang cuisine. Unfortunately, the weather was quite bad. It was so windy that canceled our plan to make Taraweh Prayer together at the back yard. Thus, we should run to Portland building for the Taraweh.

Thanks God, for the day.

It was Friday (24/05/2013). It was the day I rarely waiting for. It was so special day, because I will start my first travelling adventure to Scotland. In the early morning, I went to the lab as usual for doing my PhD stuff. But, to be honest, my mind was in the Scotland already. Again, it made me not too serious and less productive in doing my PhD stuff. I left the Lab at 12.45 am for Jumah Prayer at Portland Building, In the University Park.

After Jumah Prayer, I went home to get my lunch meal and for packing my stuff for the travelling. I just brought a medium size bag, a jacket and two sweaters. Before going to Nottingham coach station, I must be Invigilator for an examination in the Sport Center. The exam started at 04.30 and finished at 06.00. Promptly, after the exam ended, I run to the bus stop to catch the bus to Nottingham coach station. Fortunately, I got on the bus, in 1 minute afterward.

In Nottingham coach station, I met my travelling mates i.e. Mas Walid, Mas Udin, and Arif (from right to the left in the following picture). We are from different knowledge background and we learn in different school in the university, but we have many similarities. We share the same mother language, i.e. Javanese, We are in slightly different age, and each of us is a father of  round two year old child. Another important thing was we grew in fanatic Nahdlatul Ulama (NU) family.

To begin with, we would travel from Nottingham to Birmingham, and followed by another Bus trip  Birmingham to Edinburgh (read: edinbra) by National Express Coach (Bus). National Express was the only public  coach (Bus) transport connecting cities  in the England and other area in the UK. Compare to other transportation modes such as Train or Plane, coach was the lowest cost. Train and Plane could cost twice than the coach fare. We got 4 adult return tickets (include leaving and returning ticket) for  £304 that I bought online a week in advance. It could be much more expensive if we bought close to the day. Yeah, in the UK, all transportation mode devised dynamic pricing system (or revenue management system). There was no fixed price, it highly depended on the demand. If you bought the ticket quite long before the travelling date, you could get fairly cheap ticket. Conversely, if you bought the ticket very close to the travelling date or the date was the peak time because of weekend, or holidays, it could extremely expensive.

The national express coach was quite convenience. The interior was like in the economy class plane. It was quite different with the system in Indonesia, in the UK, you are required to wear your seat belt by law. It was simply for safety reason. The bus was leaving quite on time with the schedule. To be punctual was typical transportation scheduling system in the UK. Not only the plane and the train system, the bus system in the UK was also tightly scheduled. Apparently,  The Bus was not directly heading to Birmingham but it temporarily stopped at Leicester (read Lester),  and Coventry first.

From Nottingham to Birmingham, it took 2 hours and a quarter time. During the time, I made Ashar prayer while seating on  the Bus because I run out the time to do it before. It was Spring  in the UK, in which the Maghrib prayer was at around 09.15 PM, so I had quite enough time to make Ashar prayer on the bus. In the rest of the time to the Birmingham, we had never ending chats among us while enjoying ASDA smart price snack i.e. potatoes, corn, and union rings crisps from Arif :D. It was extremely cheap, 10 packages of snack just for £0.5 and the taste was not different with £1 per package snack.

Finally, we arrived at Birmingham coach station at around 09.15 PM. The landmark of city of Birmingham is the bullring building. At glance, it looks like Durian Building in Singapore. Birmingham is also the Host of All England Events in the UK. In my view, Birmingham is more vibrant city compare to Nottingham.

In the Coach station, we took urinate and Wudlu in the toilet. Similar to the toilet service in the bus station in Indonesia, it is not free toilet services. Here, you must pay £0.3 for toilet  service. There was a blocker system to the toilet that will block you until you insert in 30 pence coins. While waiting for the next trip from Birmingham heading to Edinburgh at 10.30 PM, we made Maghrib and Isyak prayer altogether. In the country where Muslim is minority, it was extremely difficult difficult to find  a prayer room in public places. Fortunately, the coach station was very clean, cozy, and there were many waiting seats available there.

The problem was that we were forgetful to bring a prayer mate. Finally, we decided to make the prayer while seating. We made jamaah prayer for Maghrib and Isyak altogether. Since, we made jamaah prayer, the prayer should be recited loudly in the bus station. We really did not care about people around us. It was very likely that they thought that we did something weird.

After making the prayer, we managed to buy our dinner meal. However, it was not trivial  thing to find food in the Bus Station in the UK. We just imagined that we could find food stall for Rawon and Soto like in Indonesia Bus Station.  The only available one was Starbuck Coffee and unfortunately it had been closed as well. We had the last hope for the vending machine selling for snack and hot drink in the bus station. However, again it did not work at that time. So pity we were.

Time was ticking so swiftly. At exactly 10.30 PM, we continued the journey from Birmingham heading to Edinburgh. It would be very long journey i.e. 9 hours. We had prepared a sleeping bag for sleeping on the Bus.  Since we did not get our dinner yet, we were extremely starving. Luckily, Arif brought a dinner box. He cooked rice and delicious cuisine consisted in Tempe and eggs. Although, it was prepared for one person only, Arif kindly and generously shared his food with us. He had only two dinner boxes, one box for Mas Walid and Mas Udin and another box for Arif and Me. We ate our food without spoon. Somehow, there is always genuine happiness in each single caring, sharing, and simplicity.

At the rest of the time, we were sleeping on the Bus. It was tiring yet a pleasant and joyful trip. A long the Journey, the bus temporarily stopped at Manchester, Preston, Lancaster, New Castle, Glassgow, and finally ended the Journey at Edinburgh. Thanks God, We had a very pleasant and safe trip.