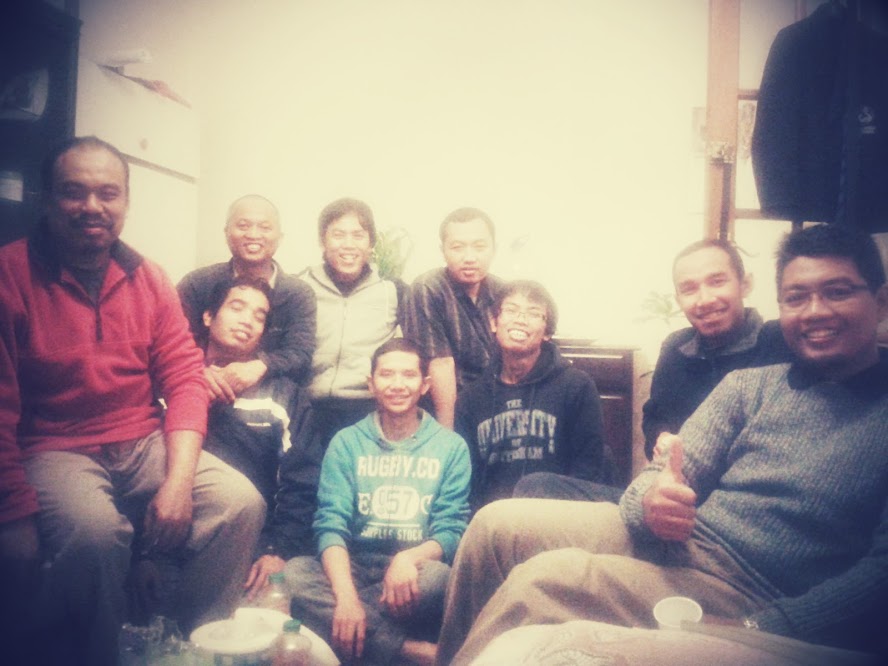 Happiness is when you can smile and lough out, forgetting for a while each single of your life problems. Happiness frequently comes along with a simple reason. Just like what happens today, the happiness comes from a small living room, where we spend times to get together with our beloved friends.

This Sunday evening, Pak Masdar and his family exclusively invited us for what they called “Fish Party” in commemorating International Fish Day. Did you know International Fish Day? no need to much worries, since it could be hoax, indeed. But, the true fact is Pak Masdar served us with a bunch of  mouth-watering sea food. Probably, it is the most incredible dinner meal service that I have ever had  in the UK.

There are three main courses served perfectly, i.e. Cod Fish Soup, grilled king prawns with “sambal terasi”, and Salmon-head curry. Each of them are cooked in Lampung cuisine style. Lampung, is the city where Pak Masdar and his family live in Indonesia. Regarding the food, I can not say nothing but perfect. 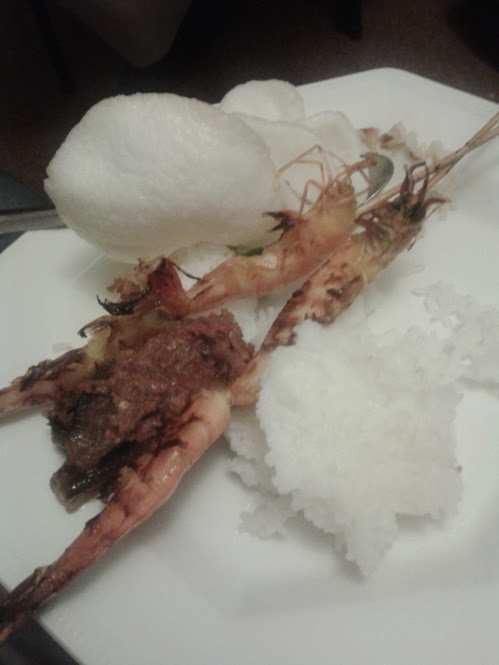 After having a big dinner meal, we have very casual chat. Indeed, I always enjoy this moment. A moment, when I can lough out forgetting my PhD research problems. A moment, when I can learn and grasp many lessons of life in very casual way. A moment, where I have a great chance to broaden my view and perspective on what life is. Friends from differing backgrounds really enrich this view that make me more comprehend Life . Apparently, I really realize that Life is not as narrow as algorithm and data structures. 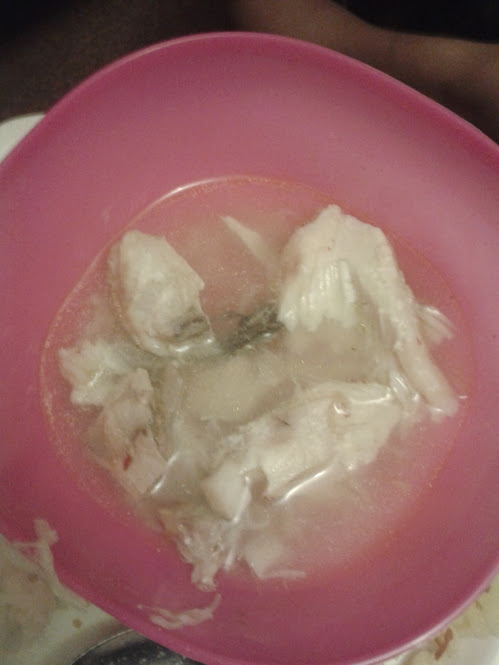 It was Friday (31/05/2013) at the end of May. It was very sunny day in the Spring season in the UK. The temperature was around 19 degree centigrade. It was very warm or even the warmest day I had felt in the UK, so far. I went to the Lab as usual, for doing my PhD stuff and the website for Hyflex until in the middle of the day.

at 12.45 I went to the University Park by Hopper Bus for making Jumah prayer.  I was so happy, after the jumah prayer I met my country mates i.e. Pak Kirno, Mas Walid, Mas Sidiq, Arif, Mas Udin, and Pak Ihsan. After the prayer, I along with pak Sukirno went to Hyson Green for our weekly shopping. As usual, I went to ASDA and Syarif and Son.

After shopping, Mas Walid invited us to have dinner together. He treated me, Arif, and Mas Udin for dinner in Taste of India restaurant that was very close to Arif house. Mas Walid came to my house before going to Arif house. We had interesting chat about our prior Pesantren Life. We shared the same experienced about boy to boy romance relationship in the Pesantren. It was taboo yet real fact. Actually, it was so humane. 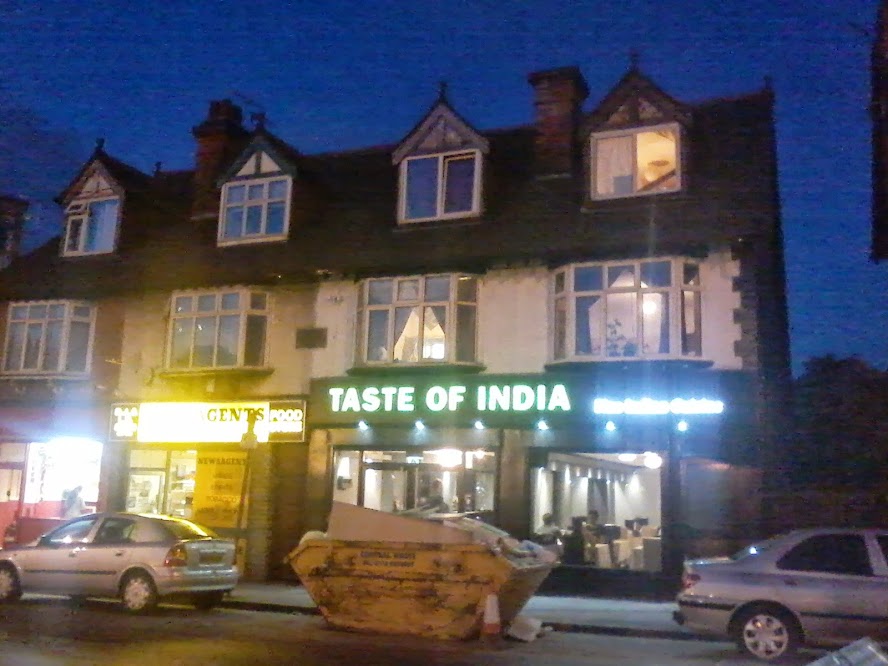 We went to the taste of India at around 07.00 PM. We just ordered the menu and took away the food from the restaurant. We ate together the food in Arif house. We ordered for Mushroom Baji, Chips, Garlic Nan, Lamb Curry, Fish Buna, and Tandoori Lamb Chop. They were guaranteed as Halal food. Explicitly, it was not too luxurious food yet it was priceless implicitly. Being together with best friends is always incredibly priceless time. There is always genuine happiness inside.  Being together made the food more delicious hundreds times. We really enjoyed the food up to the last grain of the food.

After finishing the food, we were involved in intense yet warm and casual discussion. At the very right moment, we were discussion about threatening to our local languages. We were critically discuss the fact that many new families from rural living in urban cities did not speak their local languages any more. It was not arguable that as matter of fact, in those families the children could not speak their father/mother languages.

In our opinion, it was critical issue. It could threaten the existence of thousands local languages in Indonesia. We should took actions to deal with those problems. We discussed how to cope with that problems. One of sound idea came from Arif who suggested to speak their local languages in their family at least one day of seven days a week. Moreover, we also discussed how apparently we could shape our children character by practicing our local languages. Such as in Javanese language we should use different words for the same meaning to different people in order to give respect. It was so important to teach our children how we should respect the parents and other older people.  The silver bullet of our discussion was we should not feel inferior with our local heritages, because we could find many life wisdom from them. Thus, we should conserve and sustainably inherit them to our descents. From Generation to Generation.

We ended our discussion when the Maghrib Prayer Time was calling at around 09.30 PM. We made Jamaah Prayer in which Arif was appointed to lead the prayer, although actually he is the youngest among us, But he had extremely excellent prayer recitation and beautiful voice. I did enjoy his voice.

Finally, Mas Walid and Mas Udin left at around 11 PM. While I was still staying at Arif house for another business i.e. Writing a paper. Thank you a bunch friends for the time. It was so incredible time. Thanks God for one of the most beautiful gift in life i.e. Good Friends. Thanks for the day and I love you as always.